Photographing Rajasthan, the jewel of India 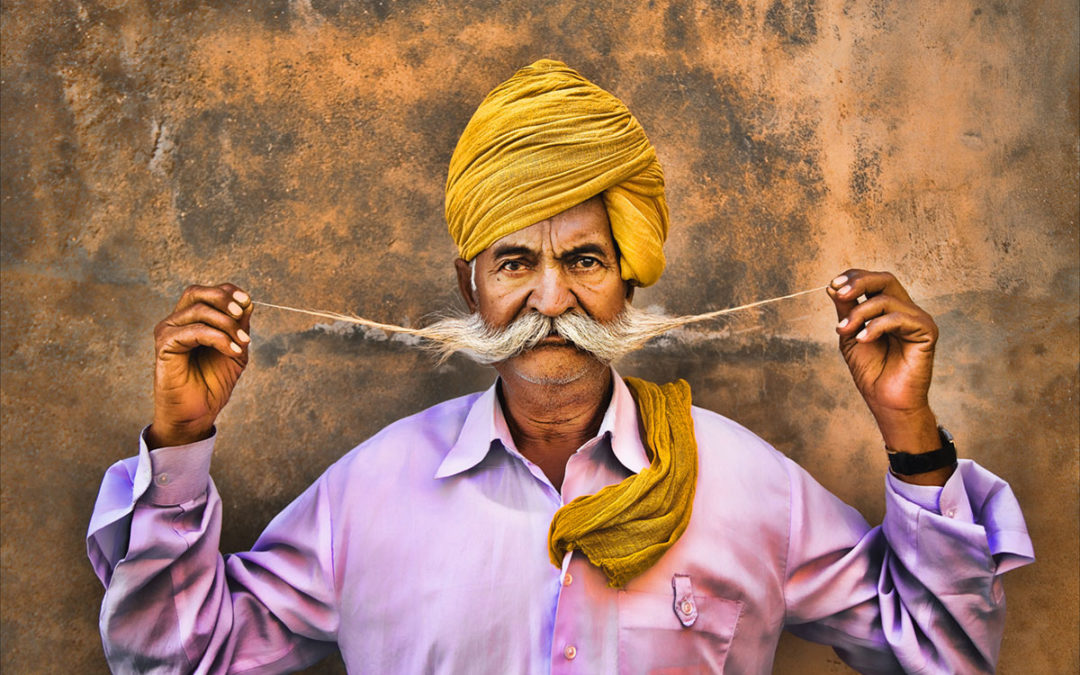 Amazing ~ but not the cleanest place on earth

How do you describe venturing to the mind-boggling country of India? For some, the first time they touched down in this massive country called India, it might have been the best day of their life. For others, I know it has been a not so good experience. That is because for most of the country, you can’t even say that it has an organized chaos kind of feel to it. I would have to say it is a much more of a disorganized chaos feel. And about as dirty as anywhere you could ever imagine. However, the never ending pull, that nags at you to keep exploring, to keep coming back is always there. The colorful eye candy of the buildings and clothing and craziness of their transportation in literally every direction is what many of us photographers crave so much 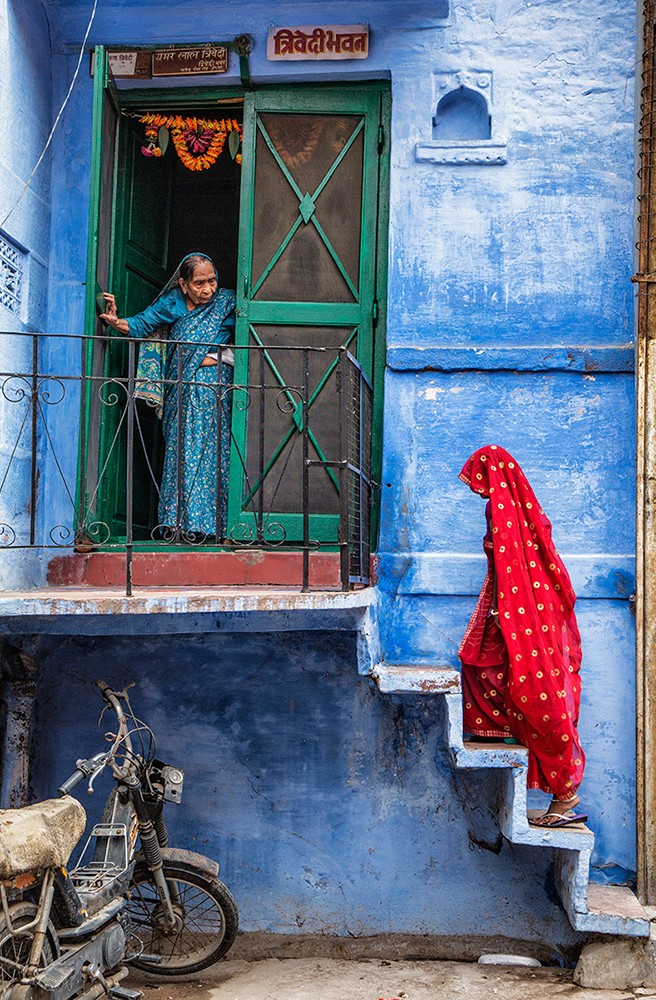 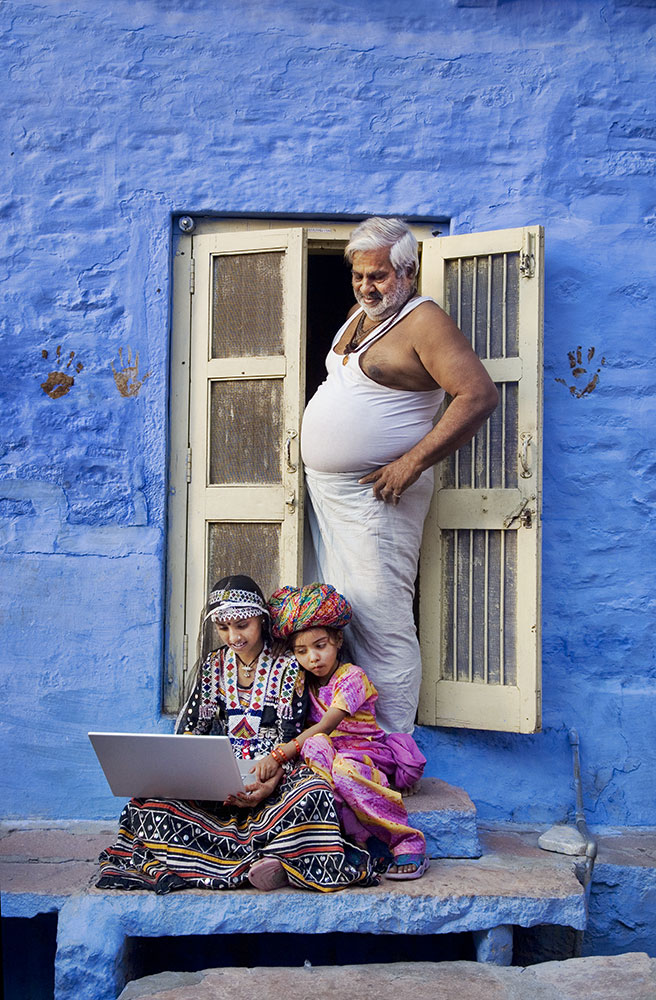 My first time there many years ago, weeks before venturing back to Burma, I really had no idea what to expect. Of course I knew it would be different, it would be eye-opening and I would probably come back with some of the best images my life… but I had no idea that this country that I had longed to go to for years could be so incredibly photogenic everywhere but at the same time so filthy everywhere. I’m not sure how or when, they decided that little things like trash cans were pretty useless. Hygiene in any form, a decent bathroom, or any normal sense of cleanliness is not high on their list. Sad but true. 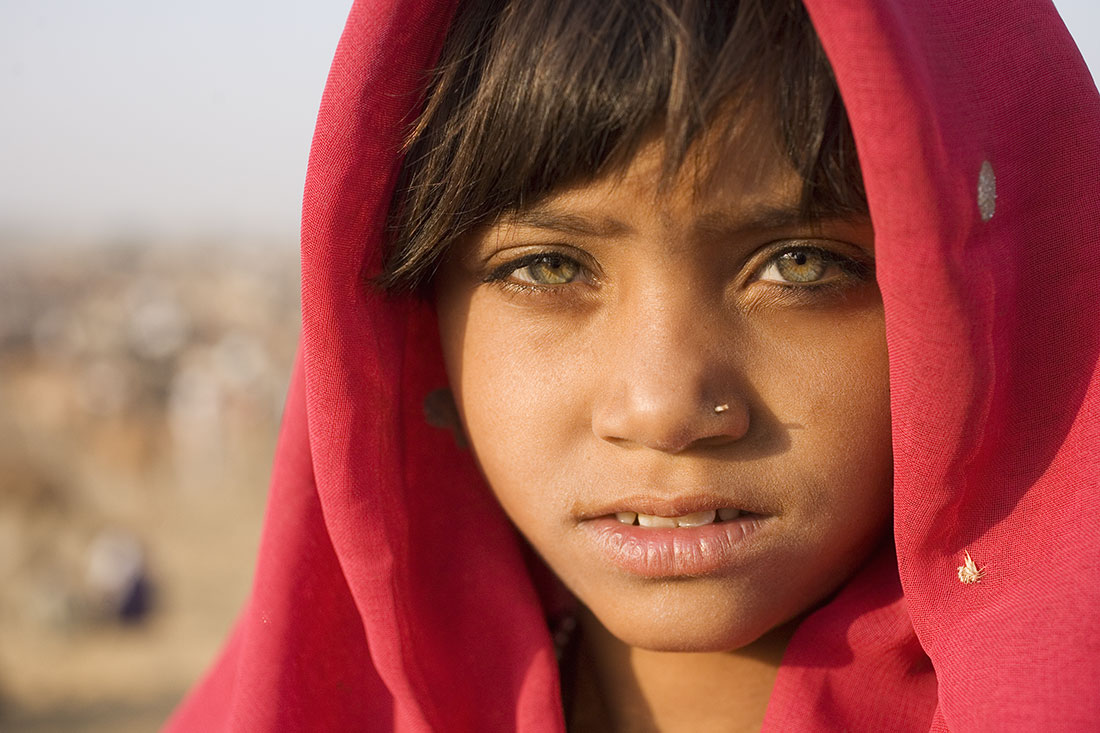 I say all of this because if you know in advance, this is a good thing. To arrive and not have been warned, let’s just say the culture shock is pretty severe. That’s why I warned the people coming on my next workshop there in November that they better know what to expect. I laid it out and said no complaining. It is what it is. It’s not America. It’s not even Cambodia. This is a country that does things the way they want and if you want to enjoy the beauty they have to offer…. then you better be prepared to experience it all. 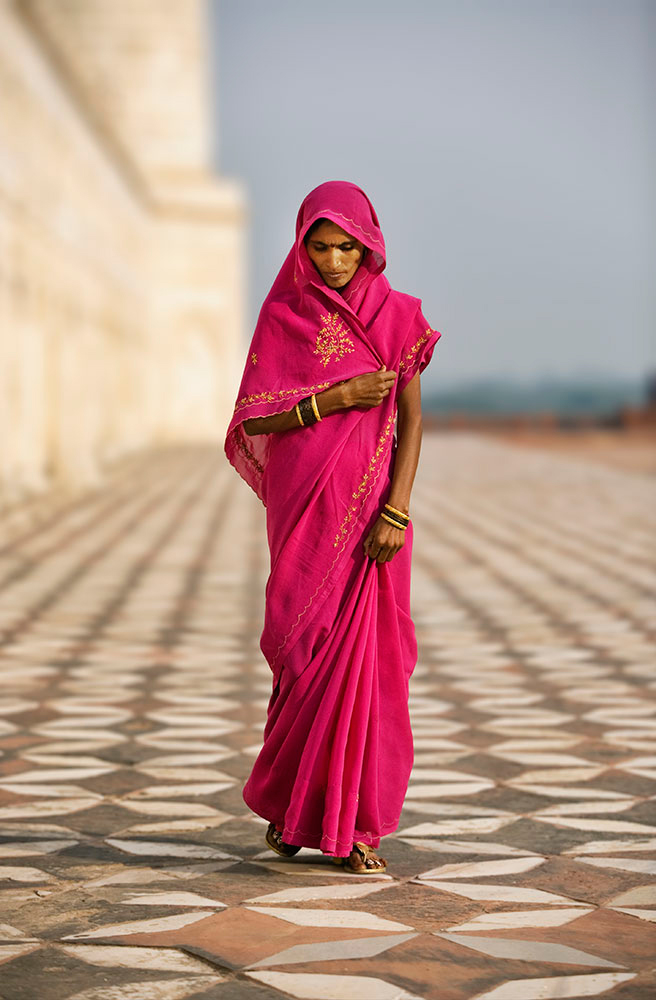 Although it is the seventh largest country in the world, it is incredibly overpopulated with over 1 billion people, and only China has more people inside its borders. It also contains the world’s most populous democracy and it’s history is like nowhere else. But it is India and craziness is everywhere. The chaos on the streets is something that’s really hard to get used to with people abounding everywhere, but the camera absolutely loves it. From the packed like sardines alleyways of old Delhi, to the ancient trains that seem to be going anywhere and everywhere, to just about any major street in any major city, people are like ants at a picnic. So if you love photographing faces, you are going to enjoy this place! And the amazing festivals like Holi, that are seemingly all over, are one of India’s highlights and the experiences and memories seem to last forever. 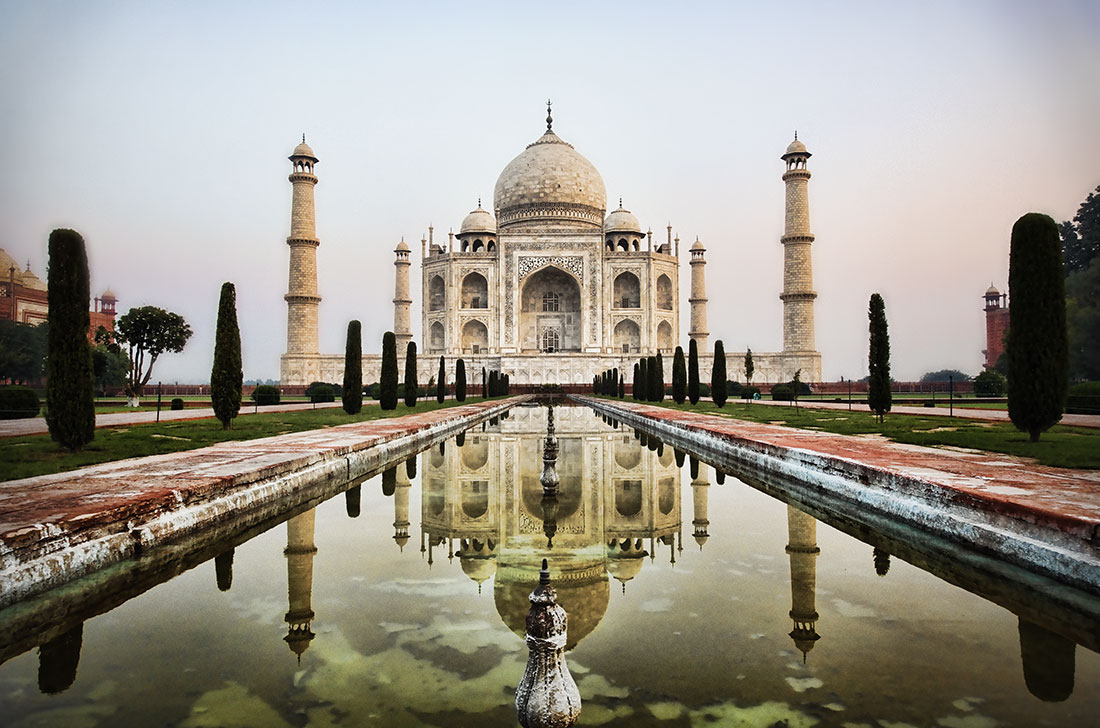 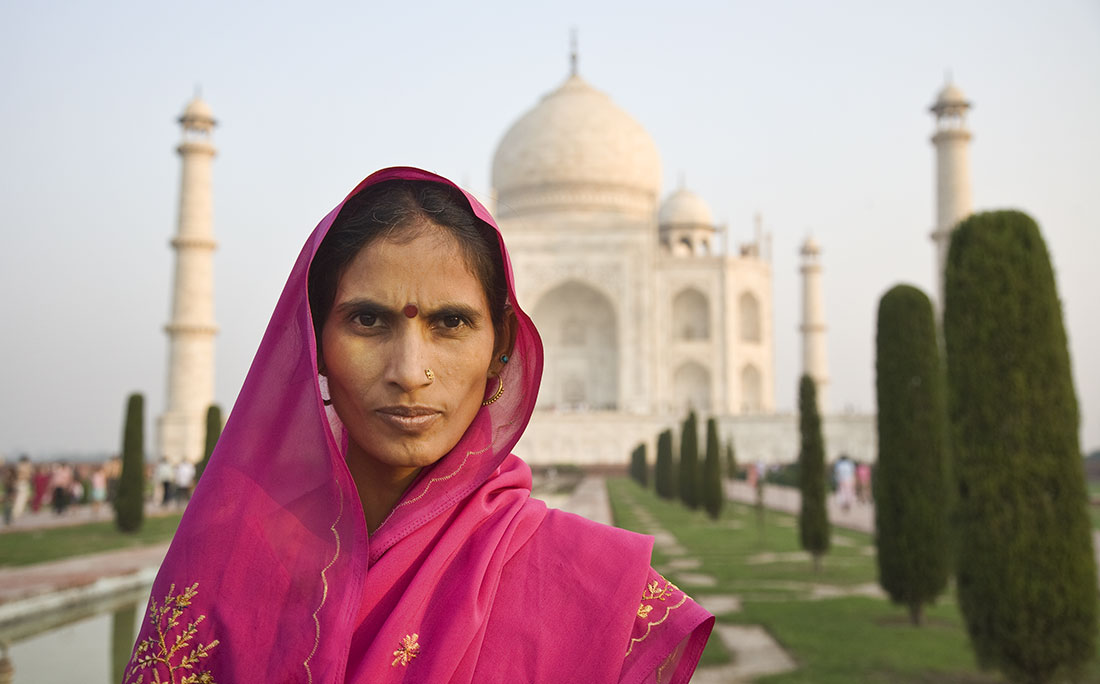 I would have to say that my favorite area to photograph is Rajasthan. The north of India has some amazing towns that can be reached easily but very slowly by car. From Delhi to Agra to Jaipur to Jodhpur to even Pushkar, it is extreme culture shock as traffic and the never ending car honking can make you go insane.

Although some of the drives from one of these places to another might be up to seven hours, it’s really nothing compared to the vast distances from other major areas and cities inside this incredibly huge country. In Agra, feasting your eyes on the magificent Taj Mahal, a modern day wonder of the world, should be mandatory for every human to experience. Commissioned in 1632 by the Mughal emperor, Shah Jahan, to house the tomb of his favorite wife, Mumtaz Mahal, the Taj Mahal is just surreal. The tomb is the centrepiece of a 42-acre complex, which includes a mosque and a guest house, and is set in formal gardens bounded on three sides by a crenellated wall. All of this, to house his loving wife for eternity. Not sure that you can even use the word extravagant. For what he did for his wife, I think there is no word. 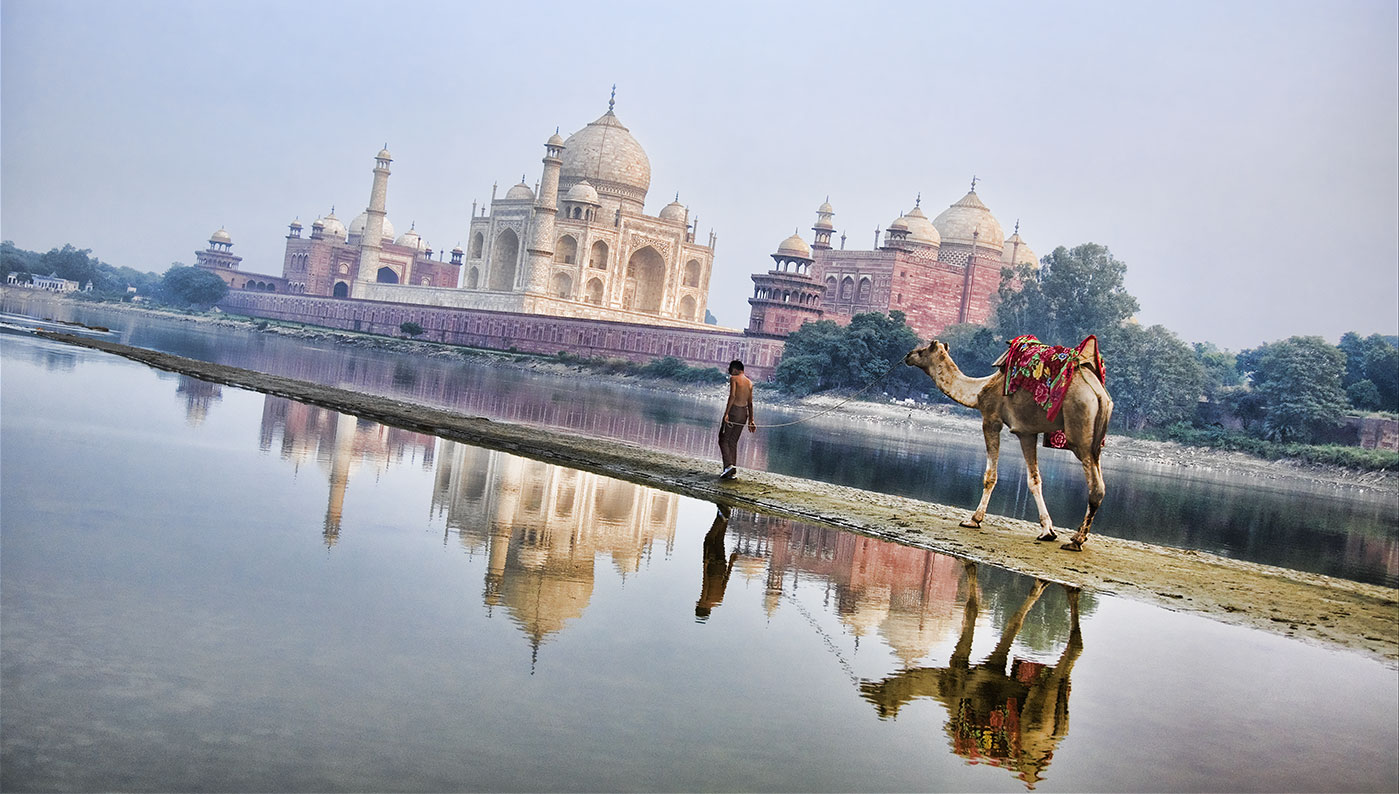 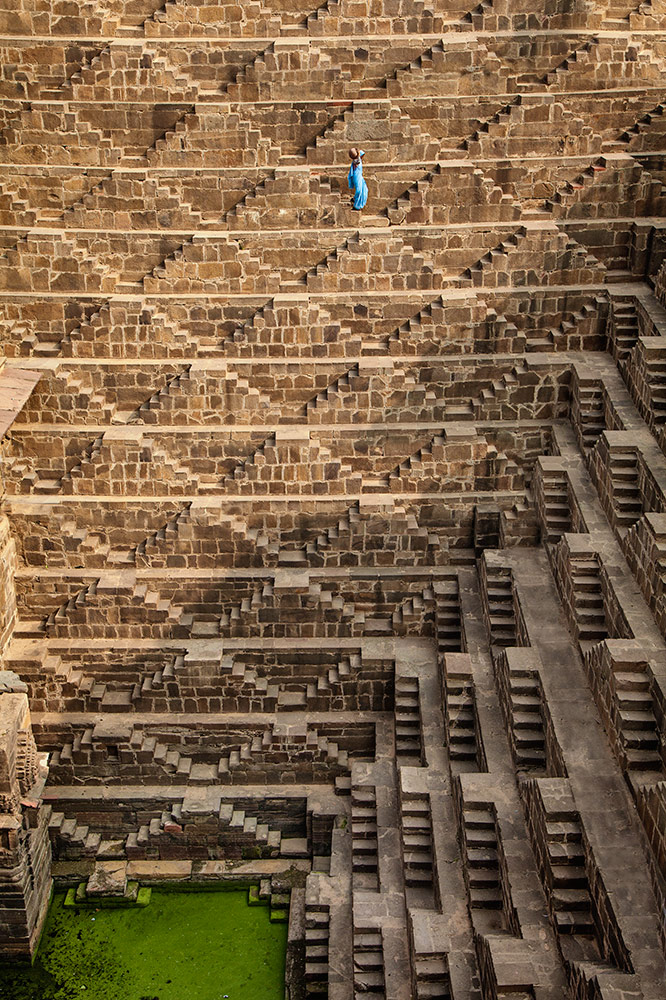 I would also have to say that my favorite city in all of India is Jaipur. There’s something that just feels right, everywhere and all over. I think that’s why it is usually ranked the number one city in all of India and the seventh top city in all of Asia. And yes, there is chaos like everywhere else, but it is a place that you will always remember because there’s so much to offer. I would have to say for me, the painted elephants, by the Amer Fort, is hard to beat. I have watched the owners and trainers paint so many elephants with their beautiful hand painting techniques and these enormous gorgeous animals are incredibly addicting to be around. However, riding them is a different story. 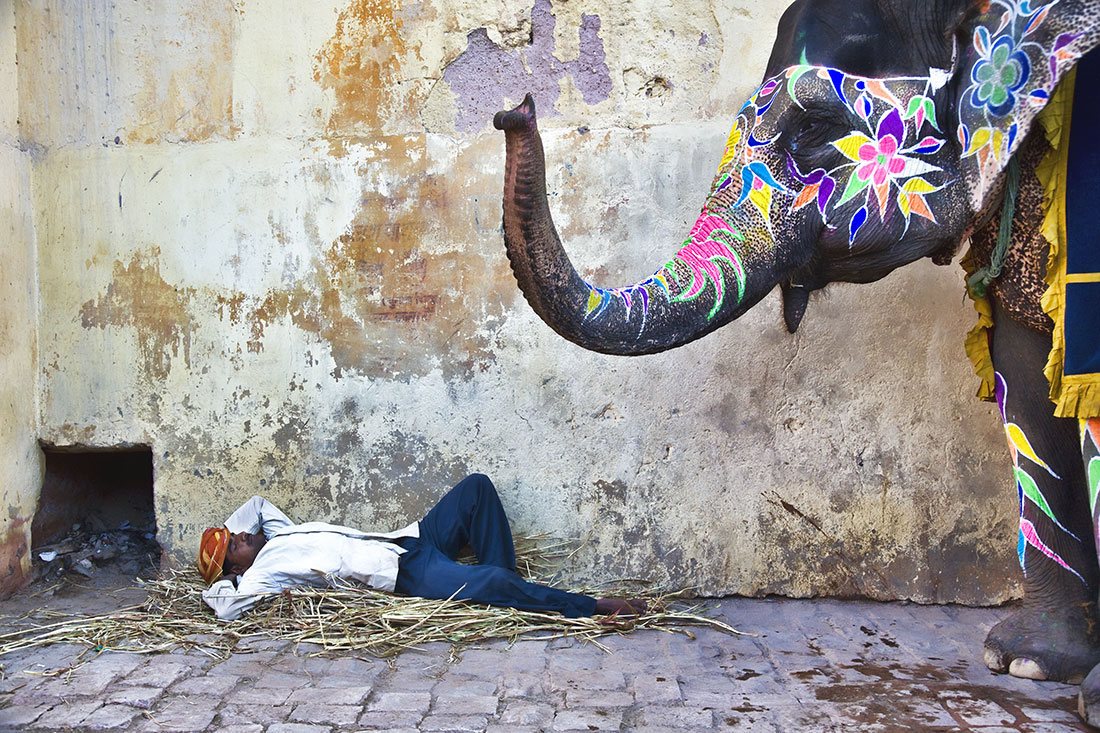 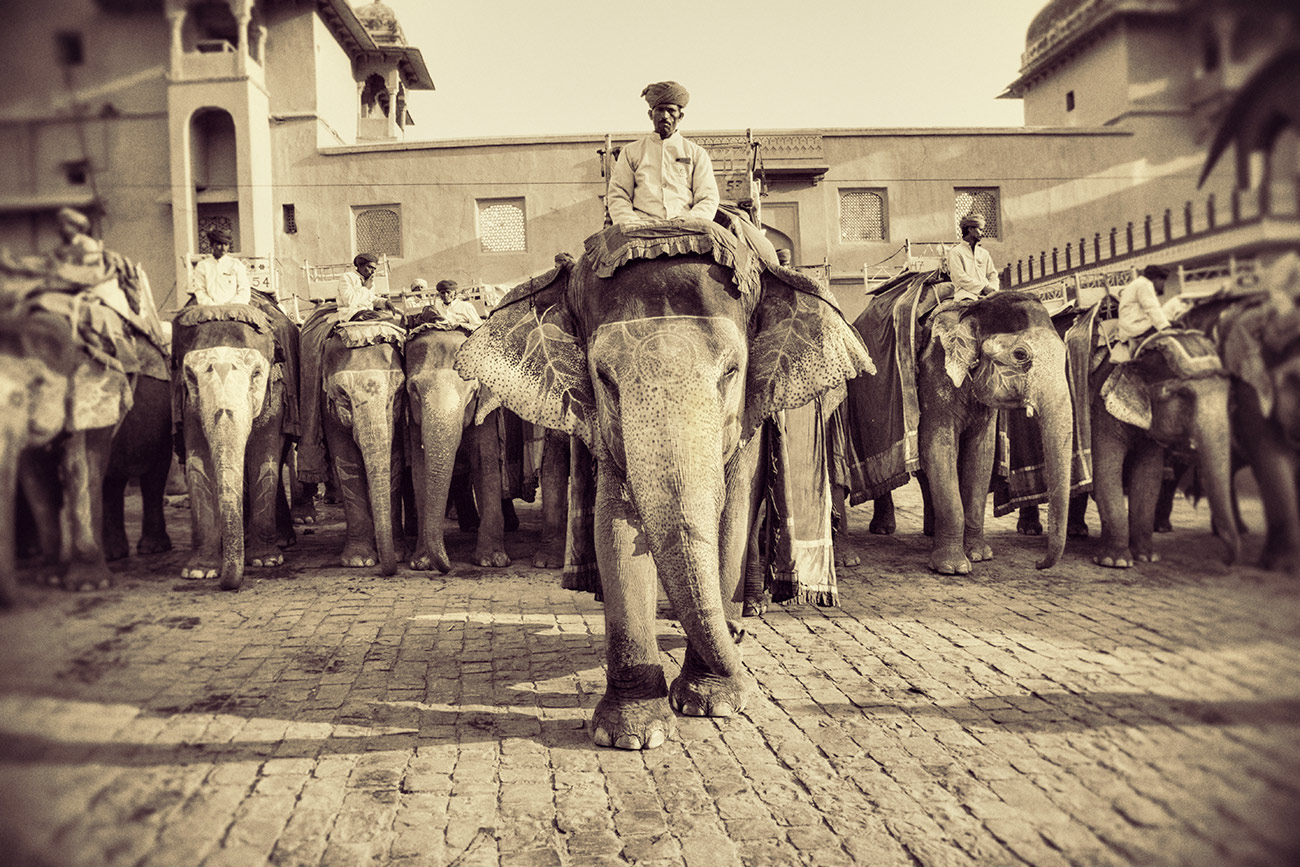 Years ago, when I first visited beautiful Jaipur, I decided to ride an elephant up to the Fort and they just had me throw my camera backpack in the little box behind me, on top of the elephant. I had no idea that when these giant animals walk, that they swagger from side to side, with huge steps, almost making you sea sick. When my backpack flew off over 7 feet to the ground, it wasn’t until I got up to the fort and opened up my gear, that I realized three lenses had broken from that fall. Needless to say, I don’t ride those elephants anymore but I never can get enough of photographing them. 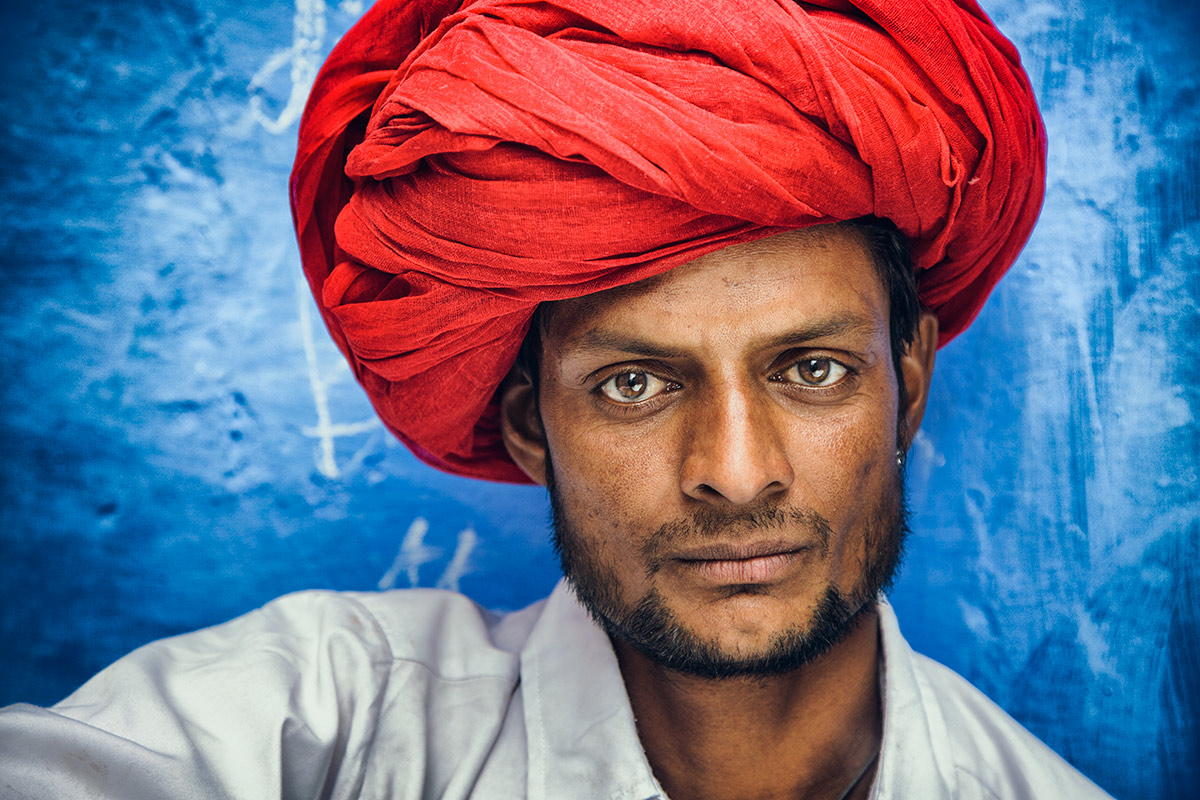 And of course there is the blue walled city of Jodhpur. Trying to navigate the maze of alleyways inside the blue walls is like trying to do a jigsaw puzzle blindfolded. All I can say is, good luck unless you have a guide. But I love being inside and looking for great faces and children as the background of the blue walls is perfect as a backdrop for these amazing faces. And the view from way above, looking over all of the blue and the amazing architecture, is one that isincredibly stunning, especially at sunrise. Can’t wait to be back, staring at that beautiful panorama, in a couple of months with my next workshop. A pretty special place for sure. 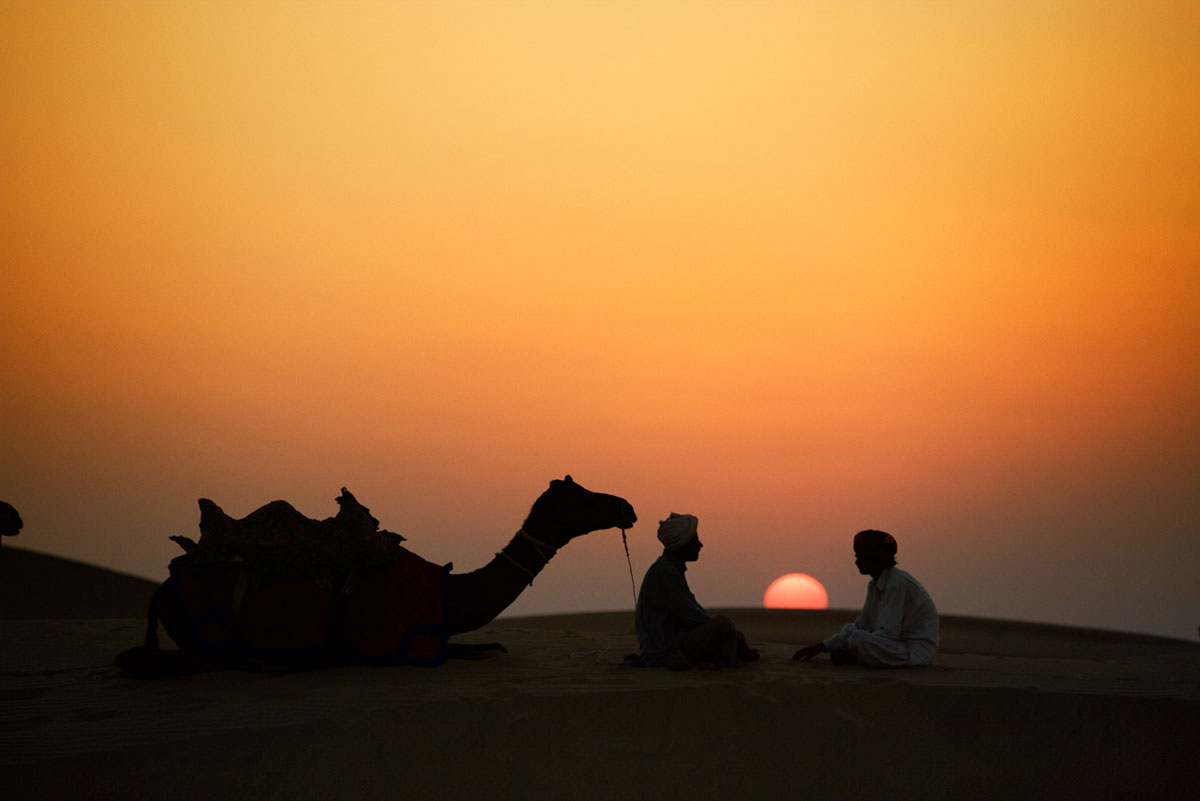 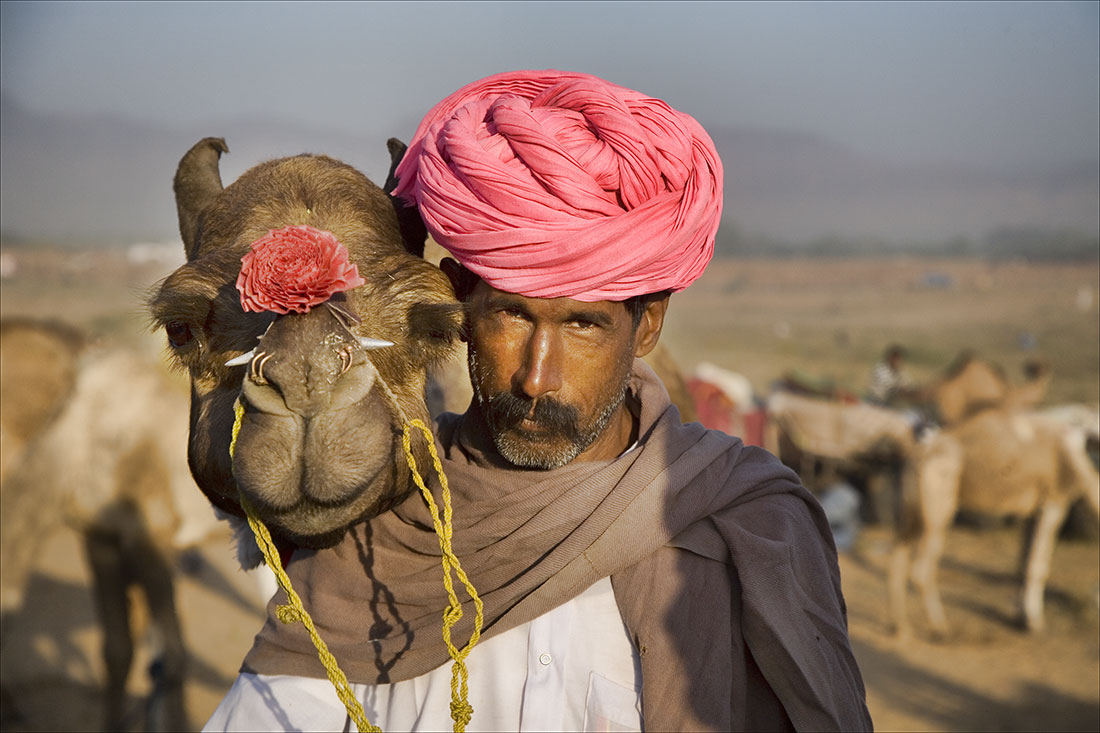 And of course, talking about festivals, one of the most wild and photogenic is the infamous Pushkar Camel Fair. A spectcle on an epic scale, attracting more than 11,000 camels, horses and cattle and visited by over 400,000 people over a period of two weeks. Needless to say, that the photo ops are nonstop. Watching all of these owners, trying to peddle their livestock, is one of the highlights of this incredible country. I have climbed up giant water towers and shot the entire festival from high above and it is still mind-boggling, the enormity of the scale of this festival. But after the sun goes down, and no one is around except for the owners and their camels and the rest of the livestock, I love photographing everyone sitting with crossed legs, telling stories and cooking their meals over a campfire. I do this every night when I’m there as the camaraderie between these men is addicting. Can’t believe I’m going back. To the craziness…. To the to eye candy 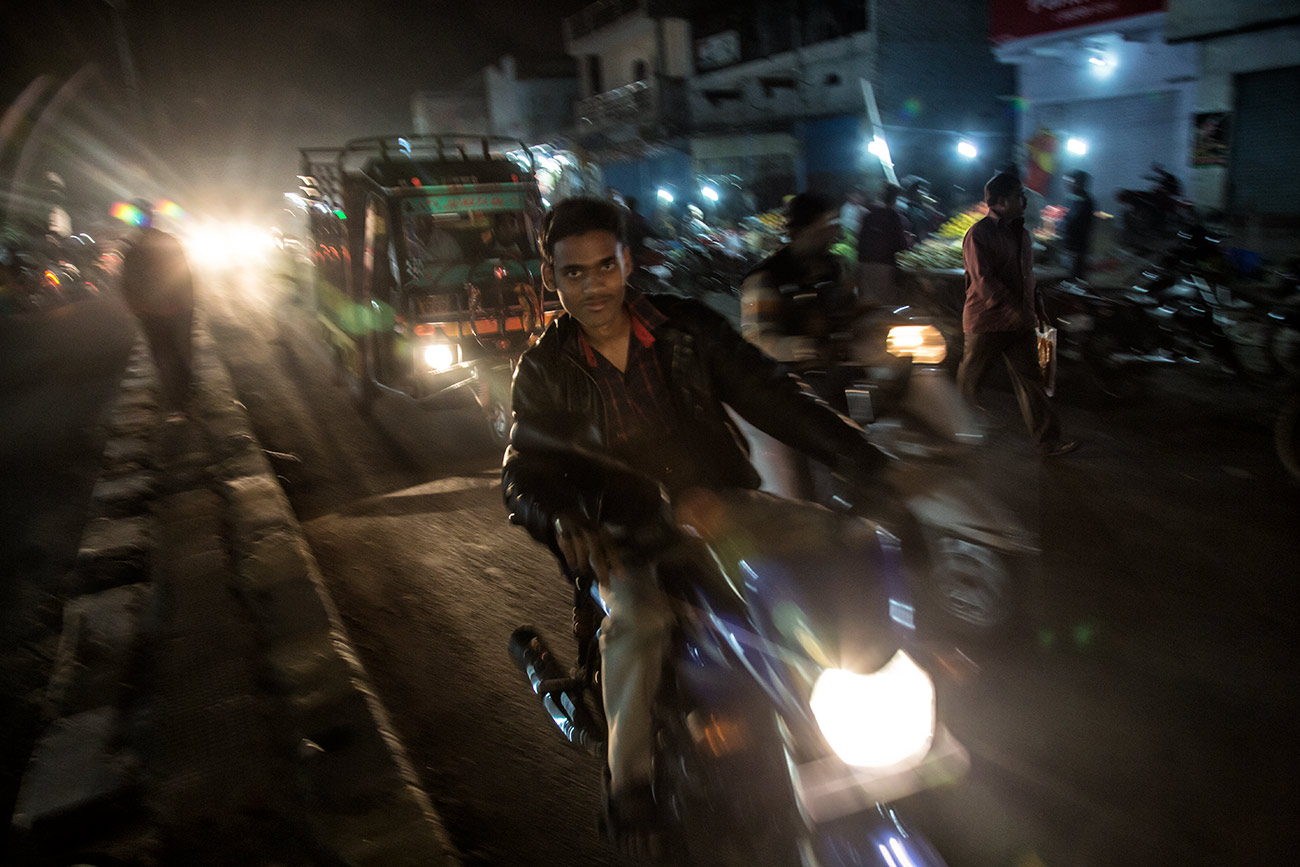 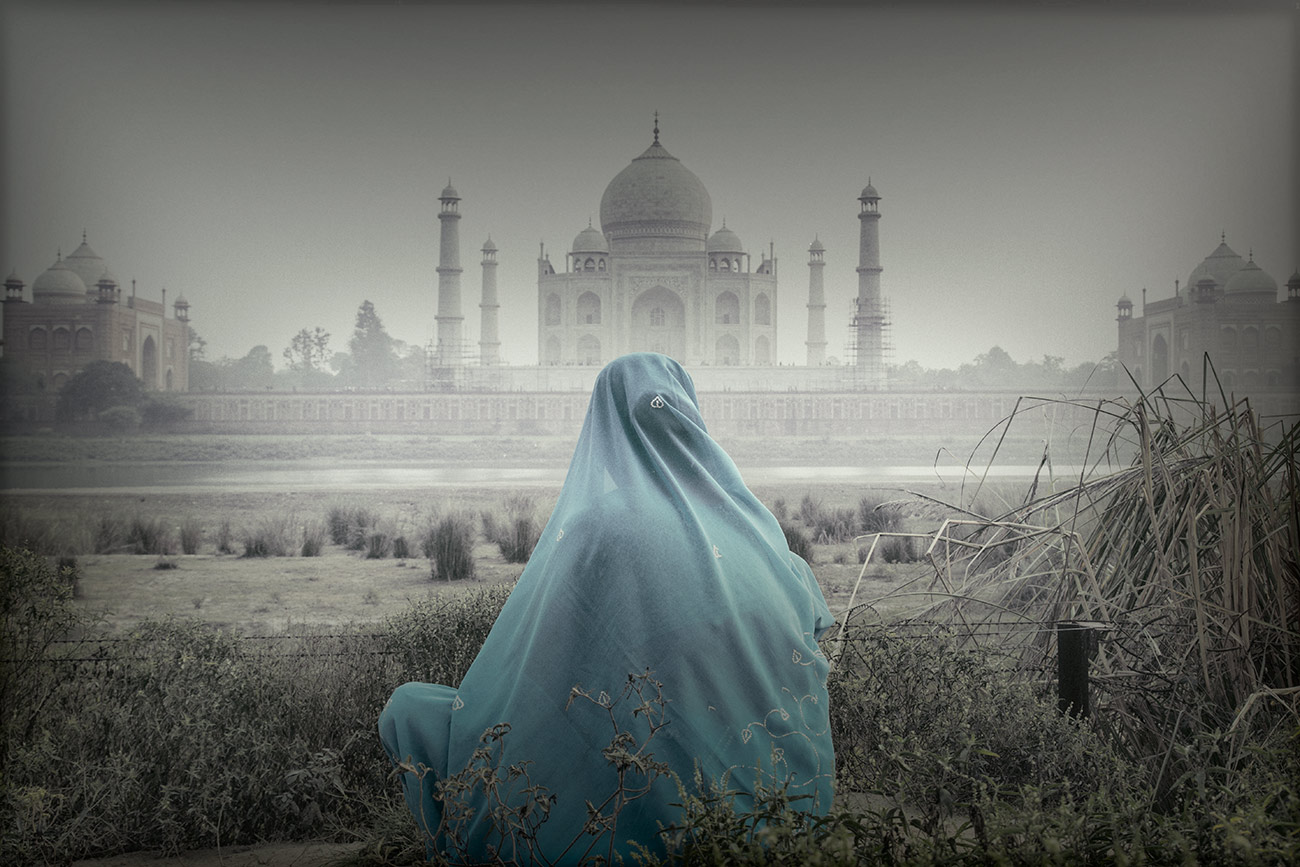 India really is like nowhere else I have traveled to. And although it is without a doubt the dirtiest country I’ve ever visited, it is probably the most photogenic. Everywhere you look, everywhere you turn, every Tuk Tuk you ride in, you are almost guaranteed to come away with some of the best images of your life. For photography, this is Mecca. This is the holy Grail. You have to put up with stuff that you probably never dreamed of…. and you probably cannot wait to get on that plane leaving the craziness of this country, but when you’re editing your images after you get home, you will be all smiles. You will know that it was all worth it. You captured once-in-a-lifetime images…. and you survived the chaos!