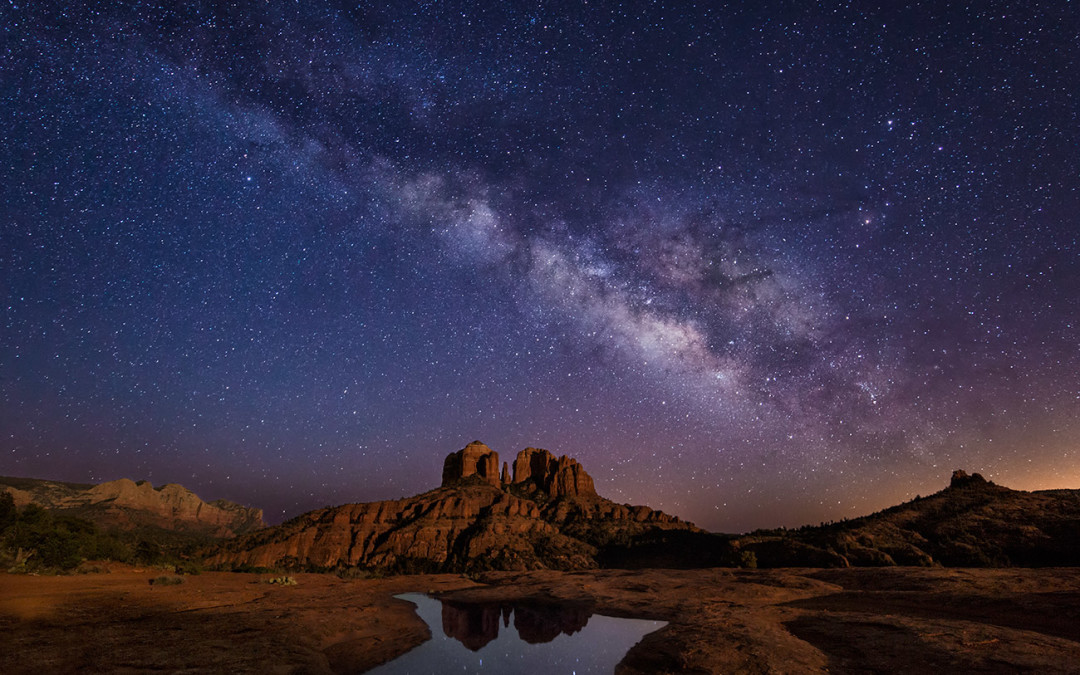 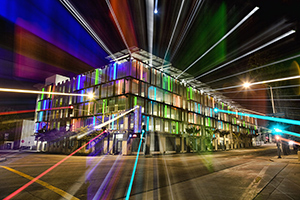 One of my favorite things to shoot are images after dark.  I love to venture out before the sun sets and get shots that are almost surreal and that are hard to perceive with the naked eye. With a little bit of effort, you can get the most beautiful cobalt blue skies, car trails and star trails, gorgeous motion blurs and have timeless images that have a completely different look from a daylight shot.

I love shooting stars at night and recently bought a book called Creative Night,  by Harold Davis, which has really peaked my curiosity and has made  me want to try more ideas. He is a great photographer and a master of shooting star trails, which is something that I want to try more of.    When you are shooting after dark, so many subjects can  take on a whole other look and feel and many times I can sense during the day, how they might look at night. Sometimes you need a 6th sense,  because you don’t always know if it is a waste of time or not. But more often than not, the creative possibilities at night and produce some of the most powerful pictures that you might ever take. 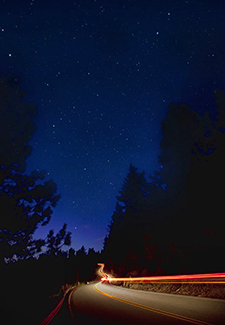 I love shooting car trails and look for great shot ops wherever I am,  whether I am in Los Angeles or abroad. Setting your camera in the right location on a sturdy tripod, with a cable release and exposure time anywhere from a few seconds to even 30 seconds, can produce dramatic results.

Many times I count how many seconds it takes for the car or cars to travel from one point of my viewfinder to the other and then I know how long to set my exposure for. When I was shooting  the Golden Gate bridge last week, I knew that I needed more than 30 seconds  for the cars to go across some of the bridge, but I chose around 15 seconds and that worked just fine for most of the shots.

When I shot the cars going down the amazing curves of Lombard Street, I  I did have the exposure at 30 seconds, which also often was not enough to capture the entire car from top to bottom. But when you shoot many images, you can use a layer mask in Photoshop, and paint in car trails wherever they are missing and finish your image perfectly. When shooting car trails at night, being a master with layer masks is the best tip I could give anyone. 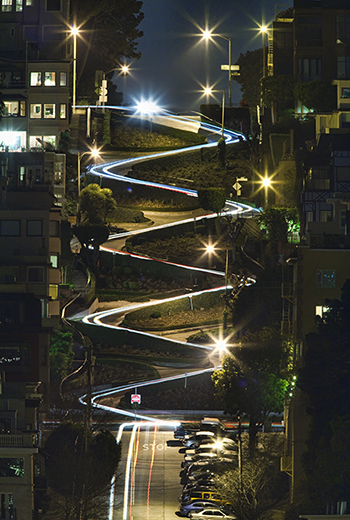 I tried to get a different angle of Lombard Street on my last trip to San Francisco. Form several blocks away, I was able to find the view I wanted and it gave me this incredible zig zag look which was just what I wanted. Lombard Street is probably the most famous street in the city and capturing it at night is my favorite way to shoot it. 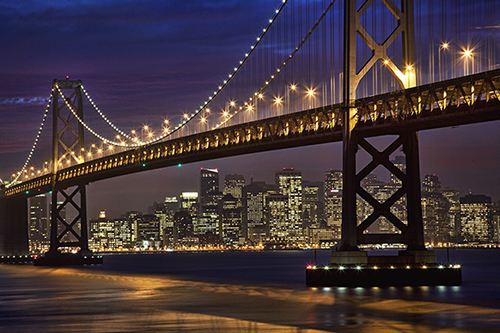 On the shot of the Oakland Bay Bridge from below, I knew in my head what I wanted to get but it was not the easiest shot to capture. It is illegal to climb down to shoot it from this vantage point but it is the only way to get this angle. Being a photographer often means having everyone tell you that you cannot take your photos. It’s pretty frustrating and it happens to me all over the world. From shooting at the Louvre in Paris to the Disney concert Hall in downtown Los Angeles, 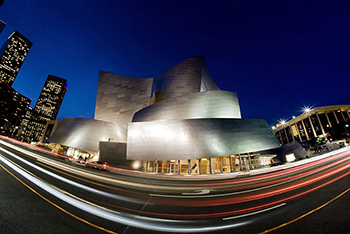 all of the guards will for sure tell you to get rid of your tripod. Shooting after dark, almost always, requires a tripod so putting up with security guards is something we all have to deal with constantly. 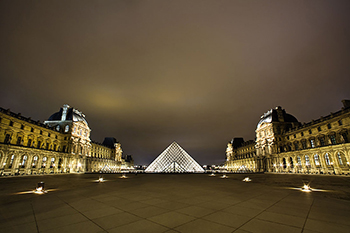 At  Los Angeles international Airport, LAX,  my favorite view is from  the top of an office building overlooking the airport.  Being an instructor at UCLA, they gave me special permission to go to the roof with one of my students and I was able to capture time exposures of all of the cars just after sunset. I tried to get the cobalt blue sky, that appears for about 10 or 20 minutes, a little time after the sun goes down. After the sky went darker,  she and I continued to keep firing away and got many more great images. These kind of locations are not your typical places to shoot but they are iconic and to get good images for my stock photography collection and these are what I strive for. 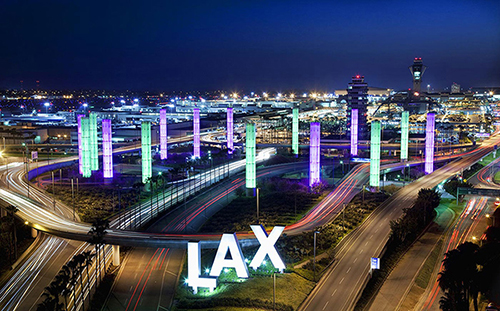 One of the bonuses you get from long exposures is that you usually are shooting with a small aperture. The long exposure requires you to have a pretty small f/stop and in turn the bonus that gives you are the beautiful stars from your bright light sources. 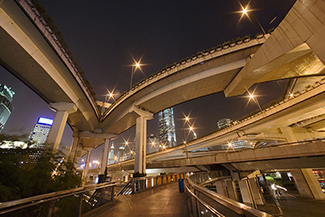 This means that most street lights and bright lights give you the multi shaped star patterns and add some zing to your images. It is just a nice little incentive to try and go shoot more at night. You can see this in many of my night shots including my image of the Blade Runner like pedestrian walkway in the middle of the freeways in Shanghai. I never get tired of shooting in Shanghai, especially at night because of the endless possibilities for shooting after dark.  Grab your tripod and go look for some incredible night locations because they might just be some of the best photos you could ever take!